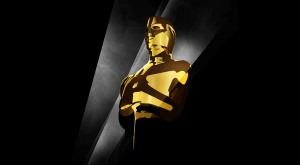 After watching the Golden Globes and considering how often “snub” was written after the Academy Award nominations announcement last week, I couldn’t help but think of the actors who I believe are due for an Oscar.

Each year, the performances in the four Best Acting categories are amazing. I believe this is why my list of actors are still due for their Oscar. 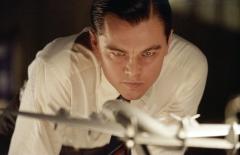 I think when the Academy Award nominations are announced, the word snubbed is most often used for this actor. Did you know, Leo has only been nominated for an Oscar three times? I thought it was more than that. But I suppose that’s why he’s snubbed. Leo’s first nomination came in 1994 for What’s Eating Gilbert Grape. Not too shabby for a 20 year old.

Since then he has also been nominated for The Aviator (2005) and Blood Diamond (2007). It was Forest Whitaker’s year in 2007 with The Last King of Scotland. Leo lost the Best Actor Oscar in 2005 to his 2012 Django Unchained co-star, Jamie Foxx for Ray.

If there’s anything I truly believe it’s that Leonard DiCaprio will win an Oscar. And once he does, the flood gates will be open. He is one of the most consistent actors in Hollywood. You know when he’s in a movie you are going to see a performance; he is truly going to give that role his all. If he continues to work with directors like Mendes, Nolan, Eastwood and of course Scorsese, Leo will surely see his name in the win column soon.

Some people act like Viola Davis is new to the Hollywood movie scene. She’s been in the game for a while with more than her share of movies and television show appearances. But it was her turn as Mrs. Miller in 2008’s Doubt opposite Meryl Streep that the world started to notice. Viola has only been nominated twice. Her second nom was for The Help.

Why do I think she’s due? Let me ask this…do you know who Viola Davis is? Exactly. She has truly made herself known through great performances and even some that are so underrated you have to ask yourself if you just saw her in a movie. I did that when I watched her as the Mayor in Law Abiding Citizen.

You just never know where you may see Viola Davis and when you do, be prepared to see greatness.

Don Cheadle is on an IMDB list called Actors That I Would Watch A Terrible Movie For. The interesting thing about this list is that the majority of actors on the list have either been nominated for an Oscar or have won one (or two). Makes you wonder.

Don has only been nominated for an Oscar once, for Hotel Rwanda but I can’t forget him in Crash (which was an amazing movie and ensemble cast in and of itself) and as Petey Greene in Talk to Me. I will anxiously await to see him again as Col. Rhodes in Iron Man 3 (May 3, 2013 release date) but I do expect Don Cheadle will be going home with that gold statue one day. 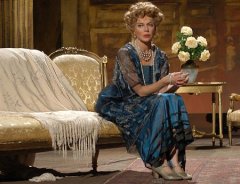 If I were Annette, my mantra would be…Damn you, Hilary Swank. Annette has lost twice to Hilary. But I will admit Hilary Swank did that thing in Boys Don’t Cry. Yep, she deserved that award. But then Hilary had the nerve to work with Clint Eastwood in 2004 on Million Dollar Baby. That was Clint’s year with Best Picture, Best Actress, Best Supporting Actor and Best Director.

I really hoped that year was going to be Annette’s because I just loved, loved, loved Being Julia. If she can put in four Oscar nominated performances in her career, I can see her making room on the mantle in the Beatty-Bening household for her own statuette next to her husband’s.

Other actors I look forward to winning an Oscar include: Jeffrey Wright, Glenn Close (ever see Fatal Attraction?), Amy Adams who has been nominated four times in the last seven years, and Samuel Jackson (you know he is one day going to get his mutha-pucking Oscar).

Who’s on your list that you believe is due for an Oscar?