In early May, I had the opportunity to volunteer at the 2013 BC HRMA Conference and Tradeshow. My role as the MC for the Speaker’s Corner in the Tradeshow made it possible for me to meet a number of the company representatives exhibiting and those selected to speak in the the Speaker’s Corner. Several exhibitors stood out, not just the companies they represent but their personalities and professionalism.

One of the memorable conversations I had was with Jeff Moat from Partners for Mental Health. He was in attendance promoting their campaign to de-stigmatize mental health issues in the workplace, “Not Myself Today.” Since we talked at the conference I’ve thought a lot about mental health in general, in the workplace and in my own life.

Depression can sneak up on you. I know. Several years ago when I was in the midst of a divorce I didn’t realize how depressed I was until I was able to talk to someone. Thank goodness for EAP/Employee Assistance Programs. My ability to speak with someone at that time made it easier to see other times I experienced depression or for me and more commonly, anxiety. I’m sure my co-workers during these times didn’t know what to say or do. They may not have seen it considering I was still my happy and jovial self, at least in front of them.

I was in a state that was more than just being “sad.” Hope and optimism during this time was a challenge. 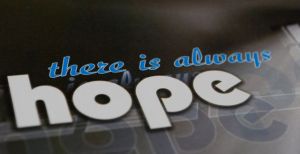 Having had this experience (more than once, mind you), one of the first suggestions I can give anyone is to be aware. If you see a change in a co-worker/family member/friend, not just behavior but also actions, let them know you are there for them.  Don’t be afraid to suggest an outing, doing something they enjoy doing. Encourage them to speak with someone, a psychiatrist or psychologist, especially if they have an EAP program. One session is a start and can be a step toward getting healthy. The same with seeing their family doctor. A huge by-product of depression and anxiety is stress which can be detrimental to your physical health.

Let’s start focusing on mental health and putting it as a priority. I promise you it will change a life.